Between November 2016 and March 2017 Flora Sonkin, MSc student in International Development and Rural Sociology at Wageningen University (The Netherlands), has developed an ethnographic exploration on political-ecological relations and agroecological social practices in El Boalo (Sierra de Guadarrama). For two months she has participated in the local life as shepherdess of the municipal goatherd project, she has joined several local cultural events, deliberative assemblies, and social activities. She has been warmly welcomed into the village’s everyday live, and is hence grateful to everyone that helped her and received her with opened arms in Mataelpino and El Boalo: from the mayor and municipality workers to livestock farmers, from elders to young people coming from surrounding cities. 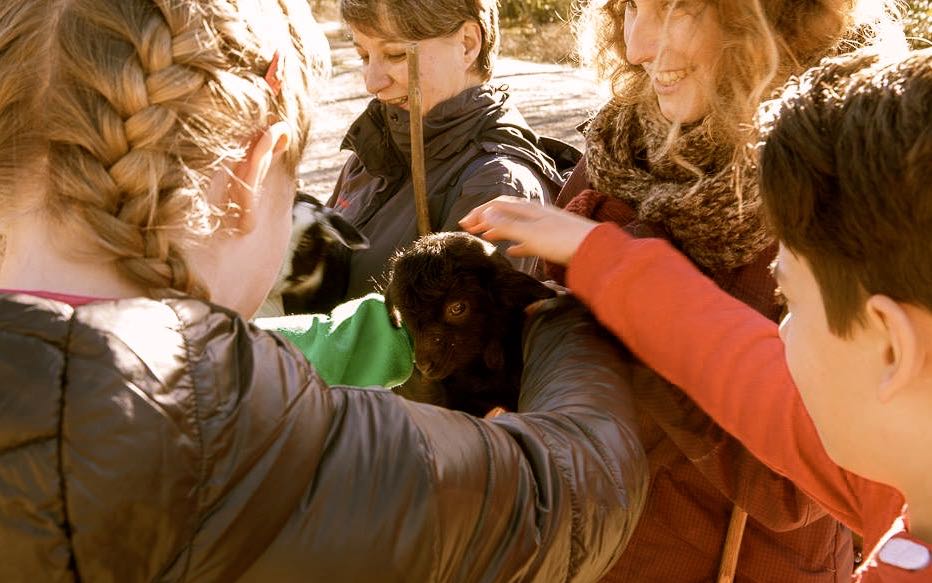 During the first three weeks Flora explored the context, met different groups of people and learnt about some emerging conflicts. In relation to this, Flora has participated in the data collection of the participatory mapping of land uses, landscape values and landuse conflicts. In this time, she has interacted with different people including: young rural entrepreneurs coming from Madrid, municipal councillors, livestock farmers, school teachers, immigrants, and local inhabitants. She has enquired about their social practices and farming traditions, as well as about how the ecological characteristics of their territory relate to their cultural identities. She also paid attention to how these relations have been changing in the past decades, particularly with the growing migration from urban centres (mainly the neighbouring Madrid). Through both informal interviews and conversations with local dwellers she has been grasping what is happening in El Boalo and the Sierra de Guadarrama, and what are the main dynamics and issues regarding the landscape, the farming practices and the local politics. 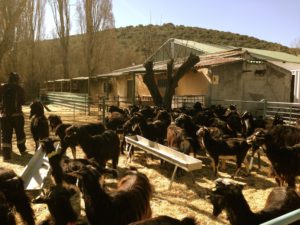 The municipality of El Boalo is a member of Red Terrae (Intermunicipal Network of Agroecological Territories), within which local administrations formally commit to the agroecological transition. This translates into the municipal government integrating social-ecological sustainability among its main axes of work, and setting up a number of projects for natural resource management under agroecological principles. The municipal goatherd of Guadarrama autochthonous breed is one of those attempts. Mostly aiming at revitalizing traditional pastoralist practices it also serves: as a tool for environmental education to children in neighbouring schools; as a safety net for other goat farmers when they loose animals in case of wolf attacks; to reconnect urban citizens with the countryside, to providing raw materials for artisanal cheese-making, and finally, to repurpose bio-waste (i.e. pruning) at the local level. 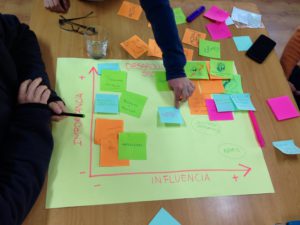 At the end of fieldwork, some residents that represented different social groups in the area were invited to participate in a focus group, aiming to validate preliminary results and set up a space for collective reflection. They first created a map of the social actors and other elements of the social-ecological system, discussing about conflictual and collaborative relations between them. Later they organised the social actors within an importance vs. influence matrix, according to their position in relation to sustainable rural development, the conservation of local identity and the maintenance of traditional farming practices.

It has been an unforgettable experience thanks to the synergy between Flora’s research interests and REVERDEA aims. Now it is time for data analysis!